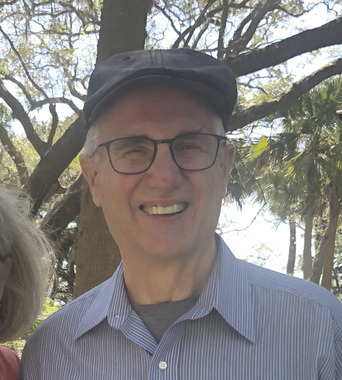 Back to Robert "Bob" Joseph's story

Bennington - Hoover, AL; Bennington, VT; and Van Buren, ME
Robert "Bob" Joseph Dionne, 71, passed away unexpectedly in Hoover, Alabama on February 7, 2020. He was born in Van Buren, Maine on March 19, 1948, the son of Gerard and Juliette (Plourde) Dionne.
Bob graduated from Van Buren High School and received a BA in Industrial Technology from William Penn University, Oskaloosa, Iowa.
He is survived by his loving wife Jeannine (Ouellette) of 45 years; two daughters, Dr. Jodie Dionne-Odom and husband Nicholas Dionne-Odom of Hoover, Michelle Dionne and husband Craig Cacciola of Manhattan, son Andrew Dionne and wife Kerrie Kannberg of Denver, Colorado; three grandchildren, Jackson Odom, Millicent Odom, and Isabel Dionne; one brother, Bill and wife Patty of Fredonia, New York; and several nieces and nephews.
Bob was predeceased by his parents and his older brother, Raymond.
For most of his life, Bob lived in New England. He was born and raised in Van Buren and Fort Kent, Maine, then moved to Bennington, Vermont where he and Jeannine raised their family. He worked at Baker's in Van Buren, the UST plant in Bennington and at Dailey's Precast in Shaftsbury, VT. He retired in 2013 with Jeannine to Hoover where he lived with his grandkids, fixed every problem with the house or the cars, rode his motorcycle weekly, and brought everyone great happiness. He was immensely proud of watching his Boston Red Sox win four World Series Championships.
Everyone who knew Bob can attest to his strong, steady spirit and a large-hearted, generous approach to life, his beloved family, and friends. He will be greatly missed.
A funeral mass will be held for Bob on Saturday, February 15 at Prince of Peace Catholic Church in Hoover.
In lieu of flowers, memorial donations can be made to the Knights of Columbus Organization in Van Buren or to the National Parks Conservation Association. Bob was a lifelong member of both.
To send cards or condolences, please write to: Jeannine Dionne, 724 Restoration Dr., Hoover, AL 35226.
Published on February 14, 2020
To send flowers to the family of Robert "Bob" Joseph Dionne, please visit Tribute Store.

A place to share condolences and memories.
The guestbook expires on May 13, 2020.

Diana Dionne-Morang
Bob was a wonderful cousin! We met at various family gatherings. He was full of life and great fun! My Faucher cousins of Grand Isle also attended the same Van Buren schools, and we would cross paths occasionally. My dad was his Uncle Raymond.
View all