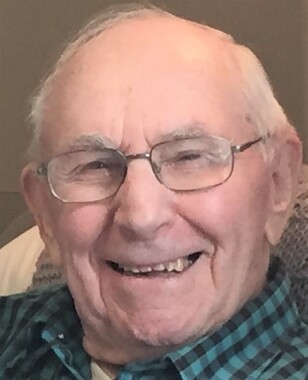 Back to Claude's story

Send flowers
in memory of Claude

A place to share condolences and memories.
The guestbook expires on May 03, 2020.

anabel Deschaine
so sorry to hear of uncle Claude.
Passing. He had a very fulfilling life
You must very proud of. Him.. My thoughts. Are with you all .
Cliff (Ron) Babkirk
To all the family; so sorry for your loss. I have so many memories of Claude with gatherings at the camp at Eagle Lake and family reunions and of the beautiful gardens he would keep at the farm. His great smile and enthusiasm will be missed by all that new him. Glad that his suffering is over and that he is again with his beloved Annette and Claudette.
Joyce Plourde
I am truly sorry to hear about your loss. Your father was a great man and he will be truly missed and will always be remembered. My condolences.
Rachel Charette
What an accomplished man! He is an inspiration to all of us. Our condolences to the family!
Roger Belanger
Claude was the very reason that I became a member of American Legion Post # 133 in Fort Kent. He was very Patriotic and was very involved in the Post especially when it came to honor a deceased Veteran and their families by attending Church services to show respect and gratitude to their departed loved ones. Thank you for instilling that in me Claude.
Also as a member of Sacred Heart Church in Soldier Pond I remember Claude and other volunteers building the St Mary's Grotto next to the church and every month of May thereafter you could see Claude in all kinds of weather cleaning up around the Grotto to make it spic and span for those worshipers who came from far just to see the Grotto durin...g that special month of our Lady and with what seemed like a mountain of flowers surrounding the statue. Claude inspired many people both young and old by being a leader. Thank you and GOD BLESS you Claude and I pray that you get to see our Lady of the Church on this eternal trip.Read more
Nola & Peter Sirois

Mr. Dumond will certainly be missed. I always enjoyed talking with him especially about flowers. He certainly had a gift and what made him extra special was how he shared his passions and gifts. May God bless him and his entire family as well.

Mary Julia Richard
To the Dumond and Gagnon Families:
So sorry for your loss. You are in my thoughts and prayers. You can imagine the welcome he received from Mrs. Dumond and his dear Claudette. Blessings to all
Rena Mae and Leslie Desjardins
Our sympathies. He is the last of the group that were friends with my parents. Brings back great memories of the days gone by. He was a special man.
Lester Jandreau
Uncle Claude,the best person you could have known. I'm so pleased to have been able to call him. MY uncle !!! 💞
Glenn and Rena Saucier
Our sincere condolences to all of the Dumond family. Your dad was an extra ordinary man with a warm smile. You will be in our prayers during this difficult time.
Leighton & Barbara (Gagnon) Perkins
Please know that our thoughts and prayers are with you during this difficult time. I have known Monsieur Dumond for a long time and always enjoyed visiting with him with that beautiful smile. RIP Monsieur Dumond and you certainly will be missed. Give my beautiful sister-in-law Claudette a big hug for me.
View all